The awesome pavilion (paviljonki in Finnish) will consist of a restaurant, a public sauna and some office spaces. The head architect of the project is Mr. Janne Kantee, architect SAFA. The building is scheduled to open for the public in May 2018. VDPHelsinki is in charge of the interior design.

EDIT: The project is finished and Saunaravintola Kuuma is now open! Welcome!
Check it out at: http://visionarydesign.fi/portfolio/saunaravintola-kuuma/ & https://saunaravintolakuuma.fi/ 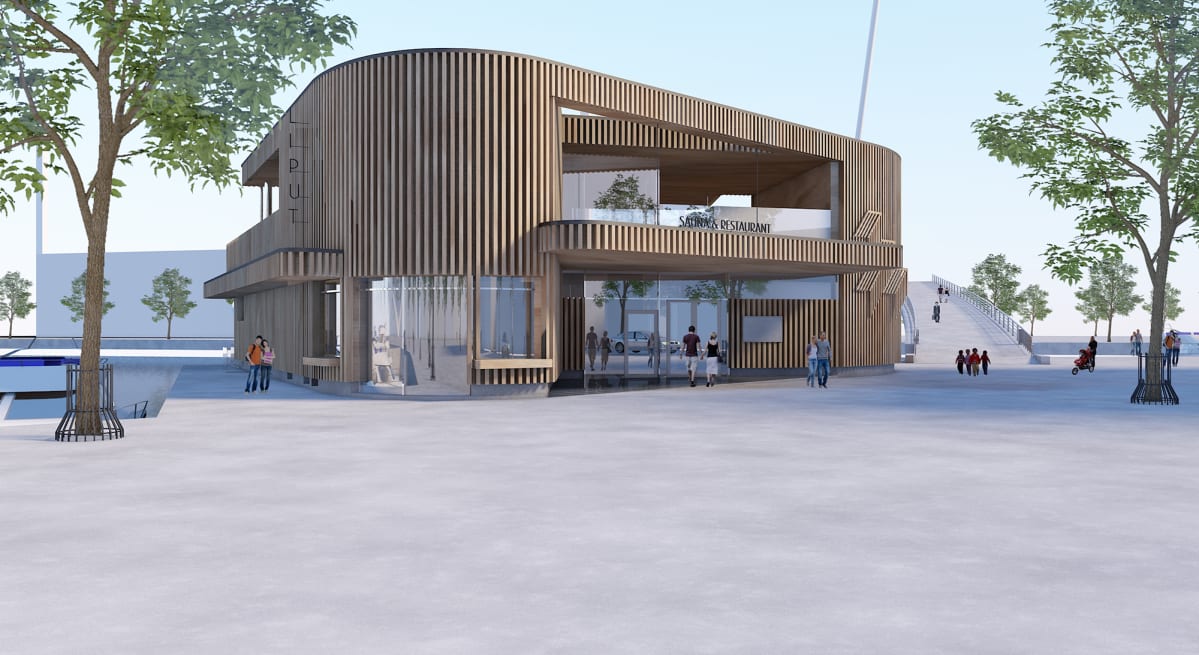 The pavilion will have a timber frame and the entire facade of the building will be finished with a beautiful timber cladding. 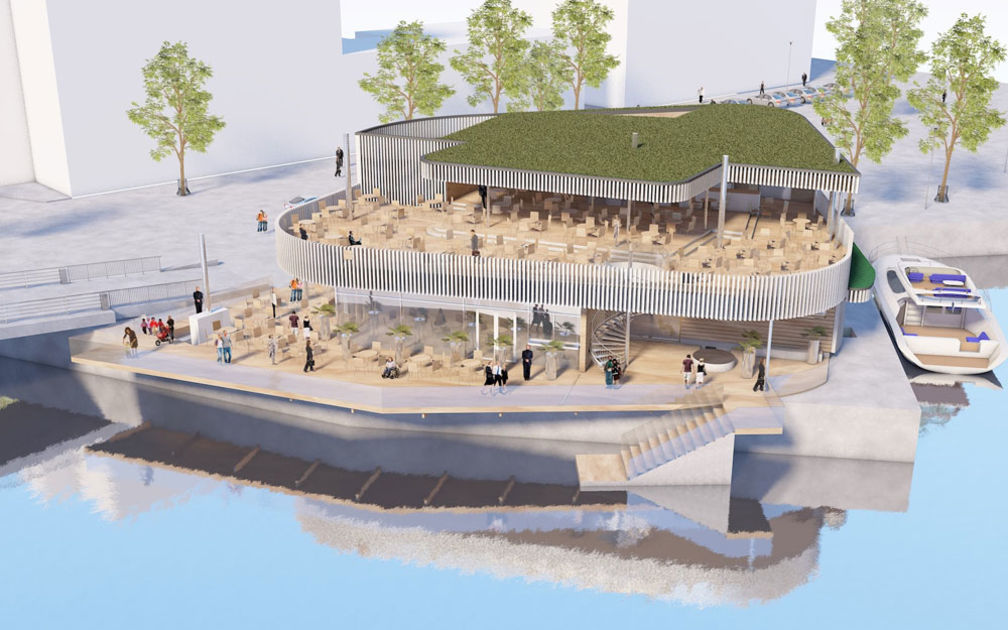 The builder and the owner of the pavilion is the municipality, Tampereen Palvelukiinteistöt Oy and the operator of the restaurant and sauna is Sauna Finlandia Holding Oy. The same company was the initiator of the famous Löyly Helsinki restaurant and sauna combination that was opened already in spring 2016. Löyly is located in the Hernesaari district on the southern tip of Helsinki. Sauna Finlandia Holding Oy hasn’t revealed their entire concept for the Laukontorin Paviljonki project yet but this is what they have said about it publicly so far: “In practice, the concept as a whole includes bringing in excellent food and sauna culture under the same roof”. The representative of the company, Mr. Ville Iivonen, says: “The smoke sauna is at the heart of the concept from the start. Particularly, we want to emphasize in all places & projects that the doors are always open to everyone. Basically, our place is the living room for all people. We want all of it to be possible also from the perspective of prices and opening hours.” Mr. Iivonen also adds ” the sizes of the sauna`s  and heating methods vary between cities and projects.” The sauna pavilion in Tampere will be a two-storey building with a total floor area of 612 square meters. Being situated by the water, sauna-goers will also have a chance to dip into lake Pyhäjärvi all year round.